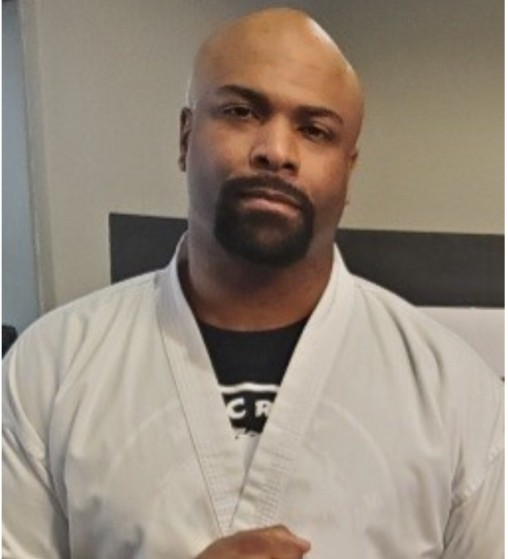 Sensei Lloyd McCray II started his martial arts training in 1988 in West Palm Beach, Florida, under the instruction of the Great Grand Master “Ulysses POP Winn.” Since the beginning, he has studied many different fighting styles and is ranked as a 4th degree black belt in Nisei GOJU-RYU Karate, a 1st degree black belt in Sim-do kickboxing and has earned a red belt in Taekwondo. He has won numerous martial arts tournaments since the age of nine; and is currently undefeated in sparring where he still competes. Sensei McCray recently won the 2016 U.S.-N.K.K.U Olympia Tournament in sparring in Savannah, GA, and is notably under the instruction of the Great Grand Masters, Ulysses “POP” Winn and Ronald Frazier - both 10th degree Black Belts. Sensei McCray has been an Academic Advisor and professor at Savannah State University for the past 12 years. His passion is to mentor, teach, and advise tomorrow’s future leaders, and his primary goal in martial arts is to help and direct every student to reach his or her maximum potential in all areas of their lives.