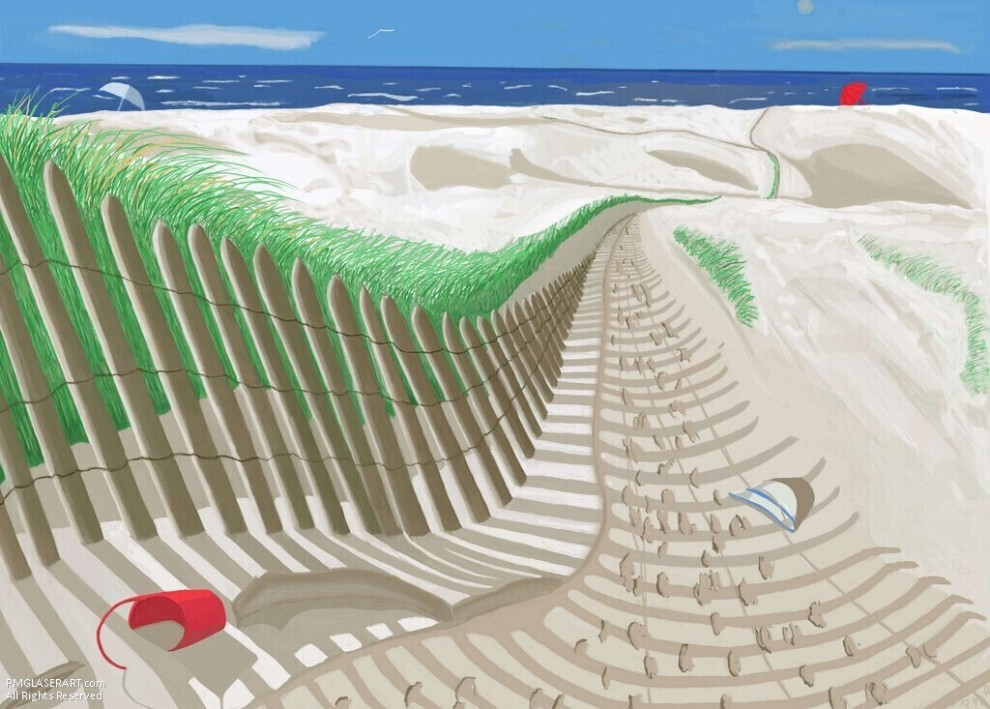 Paul has spent much of his time in recent years devoted to 21st century modern art disciplines, and through his exploration of digital formats and creative processes, the celebrated actor, creator, writer, director, producer and philanthropist has developed a style uniquely his own.

Abstracts, body-forms and portraits are represented in his collections, as are the creatures and every-day objects which draw in the eye for their colors, unique digital brush work and other worldliness. Glaser equally enjoys expressing his art through digital painting, pencil and charcoal, painted sketches as well as illustrations.

Glaser was born into an inherently creative family in Cambridge, Massachusetts. He was inspired by his father’s well-known original architectural designs and art collection, his Mother’s creative gift of storytelling and the entire family’s passion for theatre, museums, gallery art and symphonies. Glaser was encouraged to explore his creativity through which he was drawn to a variety of ways in which he could artfully express himself.

Later in life, Glaser published a successful book, “Chrystallia, And The Source Of Light”. He also created a book of his artwork integrated with poetry, "The Edge of Whimsy." Glaser is currently in the final stages of illustrating his second book, “Hookfoot and Peg, A Cautionary Tale."

Glaser is a devoted father to his grown children and continues to vigorously enjoy outdoor activities such as golf and fishing and resides in California. Glaser has exhibited his artwork throughout Los Angeles and it has been placed both on television and film as well as within private collections.