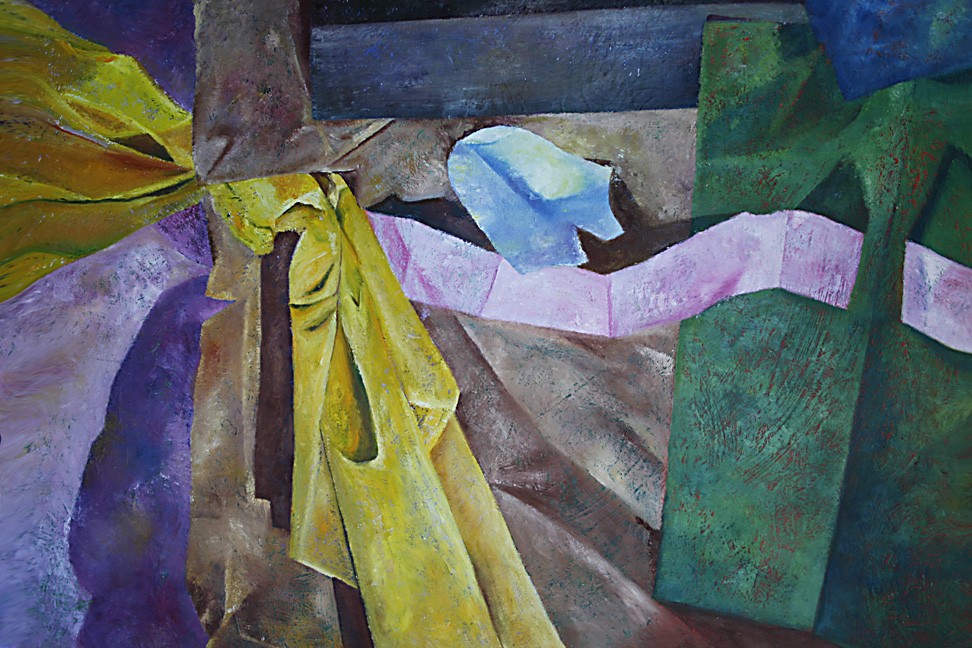 Having been an artist for over 43 years, Dell Belew has reached a plateau that is allowing her to search the horizons further into what she refers to as “intuitive” painting. Previously describing herself as a “chameleon,” Dell’s work this year will be a further venture into trying new things and changing the focus to more abstracts and floral paintings, both concentrating on texture. Abstract painting is a natural evolution into doing what seems natural, though in a very unnatural way, ways that not only give the artist free reign, but the audience gets to take the venture into becoming an artist by their very interaction with the work.

While there are many schools of thought on the meaning of art, meaning escapes all of them, which is evident from the many artists who have gone before us beginning with cave drawings all the way to the present. Dell refuses to be pigeon-holed, thus her reference to herself as a chameleon. This year’s exhibit is an all-out affront to the “rules” of art, suggesting there really aren’t any. What it comes down to is there are basically two kinds of people in the art world: those who concentrate on rules and strict representation, even in abstract art; and those who are intuitive and move as their aesthetic spirit will allow them while finding balance and structure within the sometime messy environment they have created. Color and texture are the only rules—and those are fluid.