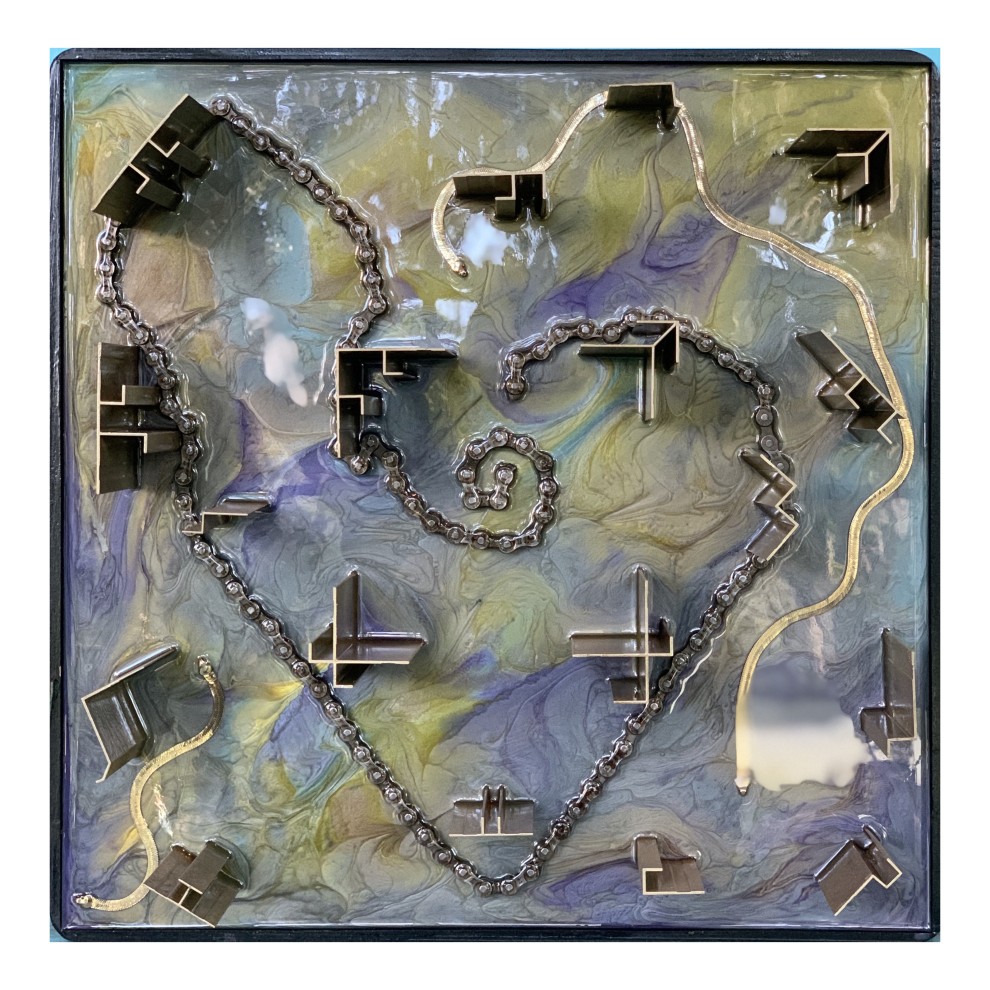 Courtney Trowman’s mixed media collage is born out of an inherent need for expression, her passion for art, and her love of repurposing. Self admittedly, her strength is not drawing/painting and she became intrigued by collage and mixed media after being inspired by Robert Rauschenberg’s work, a well-known American graphic artist whose early works anticipated the pop art movement.

Trowman, aka CC Bella, came to her art in her 20s, self-taught by her own curiosity, play and experimentation. Inspired to reduce her carbon footprint, all of her collage work consists of found materials and up-cycled/recycled items. To further express the depth and complexity of emotions in her pieces, she began incorporating epoxy resin, giving her pieces more multi-dimensional layers.

She has been living in Savannah since 2016, previously living in California, Arizona, Ohio and even England for two years. She began showing her work publicly in 2018, participating in several group shows at Sulfur Studios, and held her first month-long residency at the JEA in August 2020.