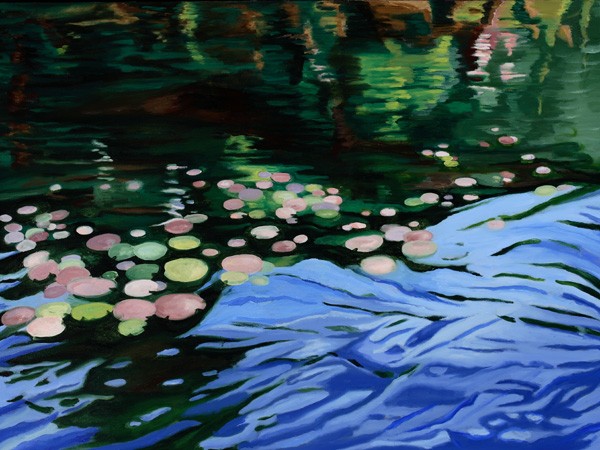 Harriet Zabusky-Zand attributes her lifelong love of color and interests in drawing and painting to the early influence of her parents. "My art education began as a child accompanying my father on weekly sketching trips around beautiful 'colonial' Savannah and neighboring fishing villages."

Seeking new vehicles for personal expression, she learned to weave and moved to England and set up a studio. During her stay abroad she exhibited her work and executed commissions for tapestries and rugs.

Ms. Zabusky-Zand received a Diploma in Fine Arts from the School of the Museum of Fine Arts in Boston and a Master of Fine Arts degree from Massachusetts College of Art. Abstract Expressionism was a major influence on the work she produced during this time. The sense of infinite space, luminous sensuous color, and allusions to landscape allowed for the expression of her Buddhist beliefs and visions.

In 1990, she moved from Boston to Cape Cod. Fulfilling a lifelong dream, a year later she had her house and studio built on the shores of Long Pond in Marstons Mills.