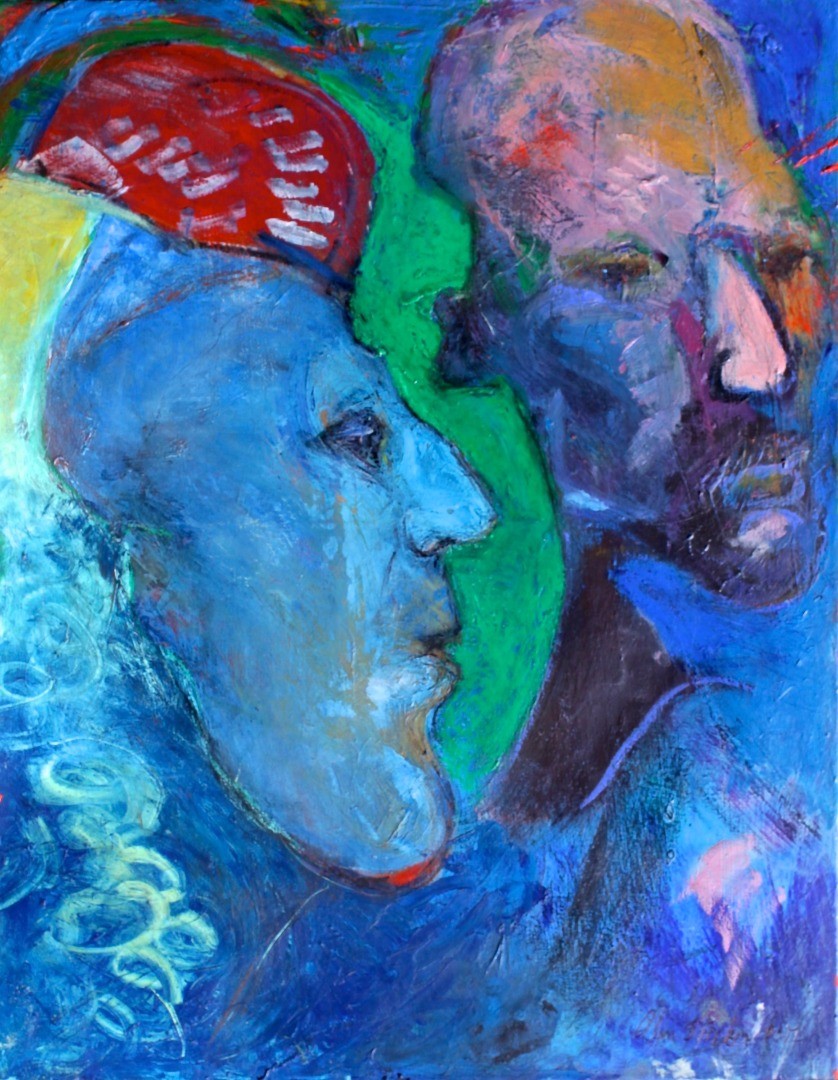 Alan’s childhood experiences with family, Jewish culture, and the surrounding religious and ethnic diversity of West Philadelphia continue to play a major role in shaping his imagery and message. Memories of life on 60th Street provide inspiration and content for both his painting and digital art. His career in television news and documentary production provided many significant life experiences that enhanced his perceptual development and his understanding of the human condition.

Alan worked seventeen years as a photojournalist for NBC News in both Chicago and Atlanta. He covered the amazing spectrum of human drama around the world, which included national and international politics, civil rights demonstrations, natural disasters, people stories, conflict and combat. His news and feature stories, which aired on the Today Show and Nightly News, received national Emmy’s, the Edward R. Morrow Award, and the University of Georgia’s prestigious Peabody Award of excellence.

He has exhibited paintings, digital works, and drawings in one-person and group exhibitions throughout the United States. His work is included in many private and public collections including the Museum of Contemporary Art GA, Mead Packaging Atlanta, the Atlanta Arts Alliance, and the High Museum of Art.

He has helped launch 24-hour independent news channels in India, Pakistan, and Serbia. He directed and photographed documentaries in the Middle East, Turkey, Indonesia, South Korea, Japan, China, Europe, and South and Central America. He spent five years on the faculty of the Grady College of Journalism and Mass Communication at the University of Georgia and is presently producing a series of video documentaries on successful aging in collaboration with UGA’s Institute of Gerontology.

His creative process is abstract: “I believe that it is very important to approach a blank canvas with no plan, preconceived idea, or attachment to imagery or outcome. I begin each work by laying on the paint and creating color harmonies.  At some point an image makes its way through the confusion of colors, textures, lines and shapes. If the image fascinates me, I go with it. My creative process takes me every day on a journey that cannot be reached by intellect alone. It is very important that I learn a little something from each painting.”

My artist’s mission is to create a mirror that reflects our human drama, relationships, and experiences. My goal is to transform media into images and stories that speak to who we are and how we create both personal and cultural ties to society.