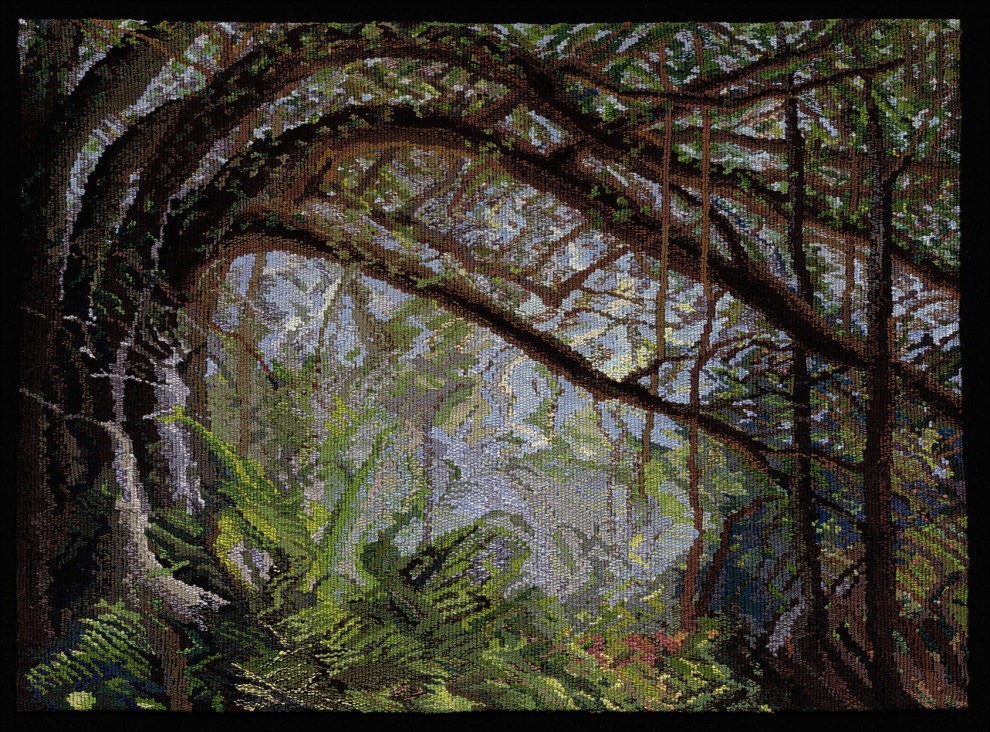 Urban Jupena was born in Pennsylvania, and attended Philadelphia College of Art where he received his BA. At school, he was attracted to weaving and fiber art. He then attended Cranbrook Academy of Art in Bloomfield Hills, Michigan, where he received his MFA. Working under Robert Kidd, he attained the skills of doing commission fiber art for homes and public spaces.

Jupena is a former professor at Wayne State University in Detroit. He taught weaving and fabric printing and dyeing. His goal with his students was to expose them to the fiber arts and to ignite in them a commitment to their work.

He has always thought that the people of Detroit were fortunate to have Saarinen’s architectural wonder, the complex of schools and museums known as “Cranbrook,” in the area. Those familiar with Cranbrook and its history understand that at the same time these buildings were being built, Saarinen chose and commissioned artists to design and make the furniture, rugs, wall hangings and other art objects that would complement the architecture.

Jupena has exhibited both nationally and internationally, but prefers working on commission with individuals. Showing at and working through galleries and interior designers has also been a way of meeting many new clients

His home is an example of how one lives with fiber art and art in general. It is his showroom and he enjoys sharing it with people who appreciate a creative environment.